Susan Bott says:
“DO IT. DO IT. DO IT. Says person who has taken the class.”
Email john@clancyproductions.com to register.
Posted by John at 4:24 PM 109 comments:

the future, and past, of the Road

Transient Theater rocks and here's why.
Posted by John at 11:08 AM 3 comments:

a prejudice I'm working through

it's on, save the date


The League of Independent Theater invites you to participate in the League’s inaugural political event:

The League of Independent Theater (“LIT”) is the only 501(c) 6 advocacy organization for the independent theater and performing arts population of New York City, serving over 50,000 independent performing artists, 86% of whom vote regularly. LIT will endorse candidates in every City race, and work to form alliances with other cultural advocacy organizations in the City that will foster an all-out “Get Out The Vote” effort on behalf of those candidates selected. LIT’s endorsement will not be based on a “LITmus” test, but rather on the individual candidate’s willingness to enter into a substantive and serious conversation with us on the below performing arts platform.

As a pro-performing arts elected official, I will work to:

1. Create access to low-cost and/or no-cost Community Facilities Spaces that are currently available and remain unused throughout the City through the creation of a Community Facilities Space Database.
2. Create access to empty and unused City property to be re-purposed as temporary rehearsal, office and (if appropriate), performance space.
3. Include non-profit performance venues in the favorable electricity and utility rates enjoyed by religious institutions and the VFW.
4.  Implement a proposal that would reduce or eliminate property tax assessments for those non-profit organizations that have an artistic mission and/or rent performance space to similar non-profit performing arts groups with artistic missions of their own. This proposal was unanimously ratified by all twelve (12) Manhattan Community Boards.
5. Secure affordable permanent low-cost housing for working artists.  In addition, work to provide access to affordable healthcare for these artists, depending on the status and reach of the Affordable Care Act at the time of negotiations.
6. Support the commission of an economic impact study for the independent theater territory.
7. Work with the Department of Cultural Affairs to expand the Cultural Institutions Group to include the independent theater sector’s anchor venues.
8. Install plaques at sites of historical import and rename streets after the founders of the independent and Off-Off Broadway community.

If you are interested in speaking, we invite you to meet with LIT’s Political Action Committee to discuss the above-platform in more detail.  As there are limited speaking slots available for this important March 12thevent, which we expect will attract hundreds of civic-minded performing artists, we recommend that you contact us as soon possible to set up a phone or in-person appointment.

LIT looks forward to working with your campaign in a successful effort to elect pro-arts candidates in the 2013 City Election Cycle. RSVP to politics@litny.org or 917-539-3153.

Thank you,
The League of Independent Theater
www.litny.org
Posted by John at 1:54 PM 60 comments:

When in the course of human events...
http://www.clydefitchreport.com/2013/01/a-declaration-of-independence/
Posted by John at 9:26 AM 3 comments:

Picking a fight I can't win.

Thoughts on the Newtown horror. 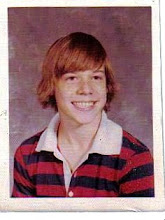